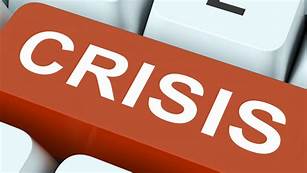 by John Telford
Good Fences (Don’t) Make Good Neighbors  (With compliments to Robert Frost):  We don’t want Trump’s racist wall; / We don’t want Trump’s hater fence. / We hope Trump will take a fall / (But we also don’t want Pence!) / What we need are friendly bridges / Instead of Trump’s damned border wall, / Healthy food inside our fridges, / And peace with justice for us all.
Unlike the dictatorial demagogue Donald Trump’s manufactured false “crisis” at America’s Mexican border, there exists a very REAL crisis in Detroit’s public schools engendered by the Republican legislators in Lansing.  At the time of that legislature’s unwarranted 1999 DPS takeover, the school district enjoyed a $125 million surplus and its student test scores were at the state midpoint and rising. Now two decades and three state-appointed CEO’s, two briefly-tenured Detroit Public School-Board-appointed Superintendents, and three state-appointed Emergency Managers later, the District is billions of dollars in debt and its student scores are the nation’s worst.   Lansing needs to clean up the mess it made, beginning with a forensic audit to determine into whose pockets those stolen and misspent billions went.   When in 2012-2013 the district had a partially disempowered and yet duly elected Board of Education governing in tandem with a state-appointed Emergency FINANCIAL Manager, I as that Board’s appointed pro bono Superintendent vainly endeavored to convince the Emergency Financial Manager to support a researched-based, field-proven academic reform model called QWK2LRN (Two Sigma).

This model could have brought the District back above the state average within two years without charging the District a dime, using grant and foundation dollars, and taking District money only when it had proven successful.  On March 28, 2013, Lansing undemocratically reinstated Public Act 4, the detested emergency manager law that Michiganians had voted overwhelmingly in 2012 to have rescinded.
Renamed PA 436, the law now enabled the Emergency Financial Manager to become an all-powerful Emergency MANAGER and promptly fire me from the Superintendency.and TOTALLY disempower the elected Board.    In  2017, I tried in vain to convince new Superintendent Nicolai Vitti to implement the locally-based QWK2LRN’s evidence-based program.  Previously, the Detroit Public School
District that had been thoroughly looted all throughout the twenty years of the state takeover had gone into receivership and a “NEW” school district created and called the “Detroit Public Schools COMMUNITY District.”  While this “new” district has an elected Board that has been given more power than had the previous one,  It continues to be short-funded by the state and subjected to the oversight of a state-appointed “financial review commission.”

Now as Trump foments a TRUE national crisis by shutting down the American government in a desperate political attempt to get his Mexican border wall, his Secretary of Education–a Michigan billionaire who has underwritten the elections of virtually every Republican legislator in the state–intends to force DPSCD third-graders to repeat the Third Grade if they can’t pass a test that 89 percent of them are utterly unprepared for.  She also hopes ultimately to charter every black-and-brown-populated school district in Michigan.   Meanwhile, longtime schools activist Helen Moore of Keep-The-Vote-No-Takeover and the National Action Network and Joique Bell–a former Wayne State and Detroit Lions running back–have established reading programs aimed at Detroit’s K – 2 public-school children in separate undertakings.  DPSCD officials have now joined forces with Ms. Moore’s group and adopted her citywide ‘Let’s Read’ program.  While commendable, DPSCD’s adoption and support of Ms. Moore’s ambitious program can’t solve the problem in time to save most third-graders from having to repeat the Third Grade in 2020.  Only QWK2LRN can do that–and newly-elected Democratic Governor Gretchen Whitmer and Lieutenant Governor Garlin Gilchrist are conferring with QWK2LRN staff to facilitate this evidence-based model statewide.  Whitmer  also intends to use the gubernatorial bully pulpit to push the Legislature to postpone the DPSCD students’ threatened repetition of the Third Grade.   Will the cavalry thus come over the hill in time to save DPSCD from ultimate and final dismemberment and chartering?  I pray that it will–but only time will tell.
Facebook
Twitter
LinkedIn
Pinterest
PrevPreviousJudge give teen 2ed chance, she becomes lawyer
NextGender Balance is a Business IssueNext