Home / Fans Question Nene Leakes’ Motive to Have Phaedra Parks and Kim Zolciak Return to ‘RHOA’: ‘You Blow Where the Wind Is Going’

Fans Question Nene Leakes’ Motive to Have Phaedra Parks and Kim Zolciak Return to ‘RHOA’: ‘You Blow Where the Wind Is Going’ 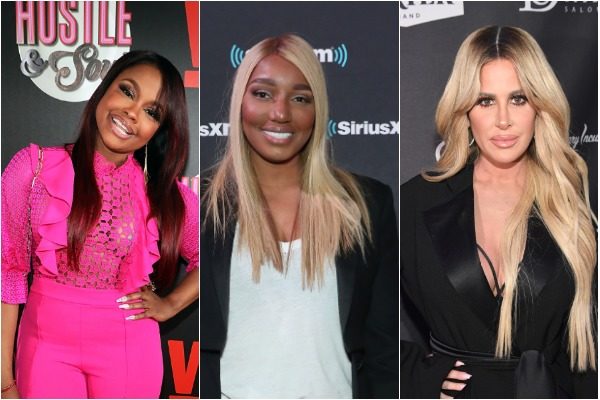 Nene Leakes has an idea about how the long-running “The Real Housewives of Atlanta” can shake up the show, and it involves bringing back Kim Zolciak and Phaedra Parks — the latter of which would not sit well with Kandi Burruss.

Leakes responded to a tweet on April 10 saying the show needs to have her and ousted housewife Kenya Moore return for season 12.

“We need them both on the show! @KenyaMoore @NeNeLeakes @Andy @BravoTV #teamtwirl,” Twitter user @Simaralph said in response to @TheKingOfShade1 asking which of the two were people siding with.

In response, Leakes said Parks and Zolciak should return as well.

“@PhaedraParks @Kimzolciak should be back on as well. Oh i forgot, somebody is threatening to quit. They pushing for the people that r against me! Understood,” she said.

During an appearance on “Watch What Happens Live” in January, Leakes said she “would love to have Phaedra back” on the show. But while she’s all for the Atlanta-based attorney’s return, Burruss is not. In fact, she is the “somebody” who would ditch the series if Parks were to resume holding her peach.

The singer told HollywoodLife last month that she “wouldn’t be dealing with it” if Parks came back to “RHOA.” Parks famously spread a rumor that Burruss wanted to drug and rape cast member Porsha Williams in her supposed sex dungeon.

And despite some issues with Zolciak over the years, Leakes disclosed on “WWHL” in November 2018 that she wasn’t opposed to making amends with her.

“I’m just not a hateful person, and I know how to forgive. I want to move on,” she said discussing a gift Zolciak sent to her husband, Gregg when his cancer battle went public last year. “So I feel like the ball is in her court because I’m very open with being cool and going out for a drink. Girl, call me.”

However, fans have raised their eyebrows at Leakes’ desire for Parks and Zolciak to come back on the Bravo reality TV series, claiming the O.G. housewife is only doing what’s convenient for her.

“Chile NEne is full of S***!! I guess Kim isn’t racist anymore. She manipulated most of the cast and viewers that she was

She only like ppl when it fits her narrative

nene get it together! You blow where the wind is going.”

and she keep saying she don’t have issues with kenya but so mad cause they want her back she 65 going on 16.”