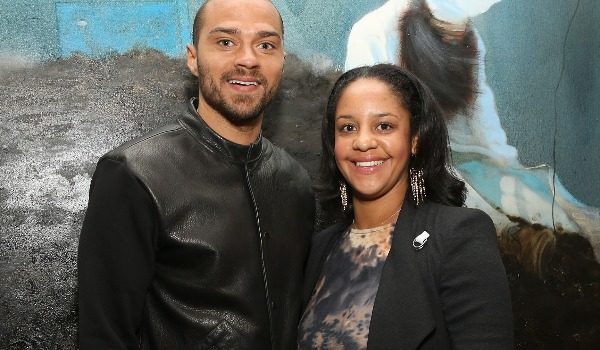 In June 2018, the actor and activist Jesse Williams was ordered to pay his estranged wife Aryn Drake-Lee $50,629 a month in child support on top of the $50,595 in spousal support he was already paying.

And now he might have to let go of more money, because Drake-Lee’s attorney and forensic accountant have asked the court that he pay more of her legal fees.

The “Grey’s Anatomy” star filed for divorce in April 2017 after being married to Drake-Lee for almost five years and together with her for 13. They they have two children together, Sadie, 5, and Maceo, 3.

When news of the split first surfaced, Williams was accused of wanting to be the “hot single guy in Hollywood” as his reason for filing for divorce.

It was also rumored that he left Drake-Lee for the actress Minka Kelly, which he seemingly shot down in Jay-Z‘s “4:44” short film footnotes.

“I was in a relationship 13 years, 13 real years, not 5 years, not 7 years – 13 years,” he said. “All of a sudden motherf—ers are writing think-pieces that I somehow threw a 13-year relationship … That I threw a person and my family in the trash because a girl I work with is cute.”

If Williams does have to pay the $210,000, it’ll be on top of the $270,000
of his ex’s legal fees he was ordered to pay in June of last year. But now that money has been depleted and more is needed so Drake-Lee’s legal team can be paid.

“These sums have been dissipated, and in order to prepare for trial 23 and for my part, responding to Petitioner’s appeal, additional fees are required,” wrote Drake-Lee’s attorney.