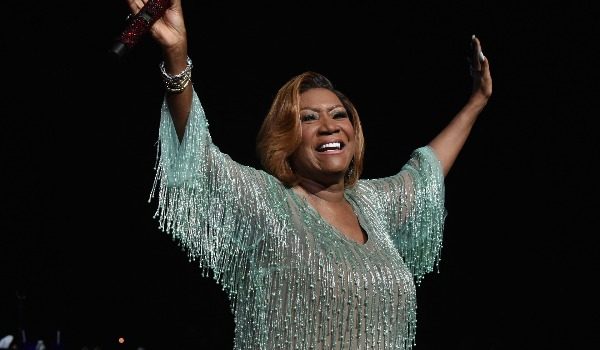 From pies to Chinese food.

Patti LaBelle has formed a partnership with restaurateur Stratis Morfogen to launch a frozen Chinese Food line in supermarkets, according to Page Six.

The deal also includes the singer’s business partners, Alex Thompson, Charles Suitt and her son Zuri Edwards, and they all gathered at Morfogen’s Brooklyn Chop House on Wednesday to celebrate the new venture.

On Thursday Morfogen posted a photo of the iconic singer to his Instagram page and expressed how excited he is about the partnership, especially since LaBelle has been ultra-successful with her Walmart pie line.

“Patti’s pies are breaking sales records at Walmart and we look forward to this wonderful culinary journey [with] the Legend!#grateful,” he wrote.

And Morfogen isn’t lying about the pies being a huge hit, because LaBelle has arguably become just as famous for her desserts as she is for her soaring vocals.

LaBelle partnered with Walmart some time ago and today, besides her famous sweet potato pies, she offers various types of cobblers, chocolate, caramel and red velvet cakes, banana pudding, her recently introduced buttermilk pie, and other treats.

LaBelle also has a number of cookbooks to her name, including “Desserts LaBelle: Soulful Sweets to Sing About” and “Recipes for the Good Life.”

“Love when my friend @mspattilabelle@suittnyc now my new partners in BCH GROCERS LLC comes’ to @brooklynchophouse for a surprise celebratory dinner on our new Co,” wrote Morfogen in a second post.”

But even though LaBelle is busy in the food world, she hasn’t abandoned the stage. She’ll be playing in Charleston, South Carolina, on April 26, in Thackerville, Oklahoma, on May 10, and she’ll be performing with Charlie Wilson on May 12 in Los Angeles.

“Should be some intriguing food,” someone wrote underneath
Morfogen ‘s post about the partnership.

“OMG! She is everything!,” someone else wrote about the singer.