Rethinking the NAACP and the legend of Washington Ellis

Rethinking the NAACP and the legend of

{note: please click on links,otherwise you will miss a very important part of this story. They are like footnotes}

I like many African Americans have taken the NAACP for granted, thinking that it has outlived its usefulness. It has been said that it is not radical enough, they depend on corporations too much, or their “ Image  Awards” are given to many who don’t deserve them. (Kid Rock, who fly’s the confederate flag at his concerts). I would sign up for membership, and then forget to renew more times than I care to admit. 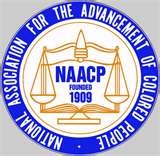 However, something happened in the last week to make me rethink my relationship with this August organization. Let me share this remarkable story with you. It is about my Grandfather Washington Ellis.

My recollection of his temperament is totally at odds with his life experiences that I have come to learn about.

He was about 5’4” inches in height, with very dark brown skin. I imagine his complexion was similar to how our ancestors looked when they got off the slave ships and before slaveholders, their sons and employees  started raping our grandmothers. To me, he was of the same stock as the small stature d Twa people of Africa who were the original inhabitants of of the British Isles (dwarfs, brownies and leprechauns) Asia (the Anu), and Philippines (negritos) . (http://www.africaresource.com/rasta/sesostris-the-great-the-egyptian-hercules/the-wonderful-first-civilization-of-the-ancient-twas-of-africa-by-mena7)

He always wore expensive shoes and they were always shined. Although he always had a cigarette in his mouth, I never saw him inhale. We kids used to just sit and watch how long the ash from his cigarette would grow before it fell onto his usually plaid shirt.

My grandmother would pray that he wouldn’t fall asleep and burn down the house with us in it. We lived there with my aunt’s family because I am sure there was a recession at that time. Imagine, three families in one house.

I remember that my grandparents were devoted to each other. She called his “Wash”, and he called her “Kid”, even until her death in her fifties. I also remember the stories about my grandad. How he fought in World War I, how he knocked out a man twice his size when he worked laying railroad tracks.

These were stories I heard from his mouth, in his own words. However, there was another far more important story that he never talked about to his grandchildren.

The story that made him a legend in his hometown was told to us by Others. They being the men who migrated to Detroit from Mississippi. The ones who just wanted to touch bases with this legendary figure once they got here. Or the men who attended the weekly poker parties that grandad used to supplement his income.

The story these transplanted country boys shared was the fact that my grandfather ha killed a white man in 1932 Mississippi, and was not lynched for his deeds.

That just never happened, no matter if the death was accidental, self-defense, or homicide. A black man was always hung. The lynching often had a circus atmosphere. The whole town would come out. They ate chicken, took pictures, and brought the children to watch this inhumane entertainment of a sick people. 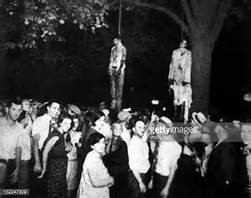 So how was my grandad able to escape the fate of so many black men? Well, it was the spiritual alignment of three things. They were a black man’s courage, a progressive attitude of the Michigan court system at the time, and an ingenious defense strategy by the NAACP.

I am going to start with the courage of Washington Ellis. I will try to be as brief as possible. You can get the details in an upcoming book by Professor Margaret Burnham, whom I will say more about later.

After coming back from the war, Washington returned to sharecropping. This time around, he supplemented his income with distilling and selling whiskey. Please note that this is a craft that African’s brought with them (http://detiptv.com/jack-daniels-whiskey-empire-build-on-knowledge-from-slaves/). Through hard work and good business practices he became very successful. He made money, and established connections. As it is well known, some people have a serious problem with proud independent black men.

One Friday evening, he and my grandmother went to town to do some shopping and take care of some business. They told their five children to “stay out of trouble, behave, and they would return in a short while”. It would be 5 years before they saw their children again.

They split up in the General Store that carried everything from dresses, household goods, and grain for corn whiskey. While my grandfather was taking care of his business, he heard a scream. Not a shout, or loud talking, but a scream from his beloved “Kid”.

It was a pair of low life brothers that were a part of the counties good old boys network, accosting my grandmother. The fact that she screamed speaks volumes. You see, some towns people saw my grandparents as “uppity niggers”,  and saw this as a way of keeping them in their place. My people were brave, independent, and proud. So when grandma screamed at this assault, she fully expected Wash to defend her, and he did.

This wasn’t going to be one of those situations where a white man would come and take a black man’s wife, have his way with her, and then return her to her husband, often pregnant with his wretched seed.

When I heard about these stories, I cringe with disbelief. They would have had to kill me at the first attempt at such a disgusting act.

My grandad rushed over to defend his wife, his love, his Kid. While being attacked by both of these brothers, Wash was cut on his hand. He then drew his own knife, stabbed and killed one of them. 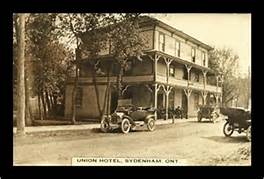 This was 1932. The couple had to leave and leave fast. They knew that there would be no formality of a trial. Both, would have been hung the next day. Not willing to risk the safety of their family, he probably made the painful decision of not even returning home to say good bye to their sleeping children. Knowing how my Grandma loved us, her Grand kids, the children at the house were the fruit of her womb. He had to say “No Kid, we have to go and we have to go now”. Their  love and faith would have to sustain them until the day the family would be reunited.

Once out of town, the couple had to separate. Through much cunning, intrigue, assistance, and luck, the couple found their way to Detroit and were reunited. They settled in, and Wash got a job at Detroit Herman Keifer Hospital. They bought a house in the area known as Black Bottom. 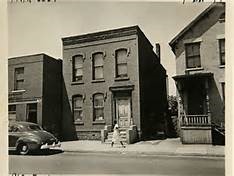 Fast forward 4 years, things were going well. They were ready to send for the children who they missed dearly when another crisis developed. The kids would have to wait longer because one of my grandfather’s co-workers recognized his picture in the “Most Wanted” section a detective magazine. He turned him in for a $500 reward.

Washington was arrested and jailed to await extradition. After several court hearings and extradition attempts, he finally beat the murder charge. The progressive social thought at that time in Michigan allowed then Governor Frank Murphy to deny Washington Ellis’s return to certain death in Mississippi.. He had political aspirations and went on to serve on the US Supreme Court.

Although my grandfather had resources, a critical component of his defense was the brilliant NAACP’S legal team. Their strategy to show that he did what any real man would do “protect his wife” is believed to have tipped the scale in his favor. They helped save his life and for that, I am grateful

The progeny of Washington and Josephine Ellis has produced doctors, lawyers, teachers, managers, authors, journalist, mathematicians, and many business owners. None of us would be here were it not for this black man’s courage, and his love for his loving wife.

I often think of the countless offspring of murdered black men, women, and children who could have contributed in so much to America and could have made it even greater. The genes of African American people  are among the most powerful in human history. (http://www.foxnews.com/story/2008/02/22/whites-genetically-weaker-than-blacks-study-finds.html)

It makes sense given what happened to us. When you look at how //African American team utterly dominated the 2016 Olympics. How one African American family has won more tennis trophies than entire countries

As for intelligence, the movie “Hidden Figures” shows that these Black women were smarter than the guys who ran the space program. It puzzles me why some Black men make the choices they do. I love all people and I am proud of Black folks and the people in my family.

This story that I have shared is only a fraction of the events that led to my of writing about this piece of American history. Although this story has been in the family for decades, it was given a sense of urgency by the distinguished Professor Margaret Burnham. When we picked her up from the airport, she shouted “Tim” when she saw the sign I held with her name. This small but dynamic lady wore a short cropped Afro that exuded confidence. I checked out just some of her credentials,

https://www.youtube.com/watch?v=HXUAiJkC-yA, I was impressed. The fact that someone of Prof. Burnham’s caliber wanted to talk to my Mom and Aunt Dora meant that the matter was important.

Professor Burnham founded “The Civil Rights and Restorative Justice Project”. She is writing about my Grand Father’s case and 2 others. The project is examining extradition cases during the 1930’s to determine why some Black’s won and others lost and returned South to be lynched or murdered by court officials before a trial.

Why did Washington Ellis win. It is a fascination story that Professor Burnham will provide much more detail after all the research is done and she publishes her work. Let me add one bit of cherished information her team has provided.

I have watched all of the Finding Your Roots documentaries by Dr. Skip Gates. I learned that we all have scoundrels and Kings somewhere in our family tree. I wished I knew more about my Ancestors because I always poured Libations to them at important events. My research only took me back to my Grand Fathers birth in 1896.

The Professor was able to find Washington Ellis’s Grand Father’s records showing his birth in South Caroline an 1825 almost 200 years ago. That is pretty deep. I think we have only have 2 of his decedents  that carry the Ellis name, Charles and Donald. However all of us  are very proud to have the genes of the Ellis Clan. I cannot wait for Professor Burnham’s book.